So How's That Stimulus Working Out For You? 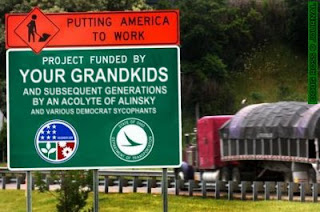 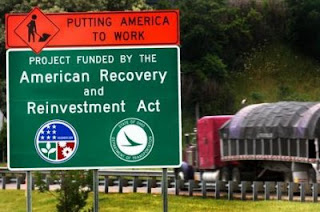 Sometimes I wonder if the current Administration understands that it doesn't have a pot to piss in. The government has no money. Never has, never will. The money that the government spends has been confiscated from its citizens in the form of taxes.
I use the word "confiscate" because the government has a fiduciary obligation under our Constitution that limits how our money is to be spent and that obligation is not being fulfilled. Whether it is $9,500,000.00 spent on "streetscaping" in Coral Gables, Florida or $3,400,000.00 for a turtle tunnel (seriously) outside of Tallahassee, our money is being spent on frivolous projects that have limited, if any, benefit for the taxpayer.
Doug Ross lists the top ten stimulus fables. The Stimulus has been a bust. The only job growth has been in non-existent districts and (surprise!) the public sector. So what is our government going to do next? Cut taxes? Not in this life time. Cutting taxes has been proven to stimulate the economy but does nothing to grow government and growing government and turning citizens in to dependents is what this administration is all about.
My guess is that Obama is going to continue to throw good money after bad. Can we afford three more years of stimulus?
Posted by Carol at 8:13 PM