My Afternoon at the Glenn Beck Rally 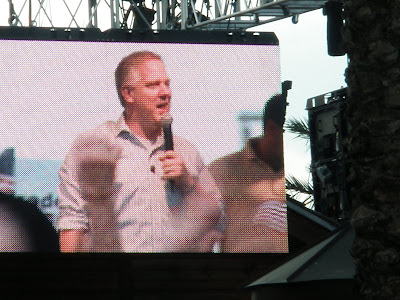 I arrived about hour and a half before the scheduled three o'clock starting time for Glenn Beck's rally at The Villages in Central Florida. I should have arrived hours earlier.
Beck announced that he has a plan, aptly named The Plan. While Beck brought the crowd to its feet repeatedly, he was somewhat short on details as to what The Plan entails.
He said that he has gathered a panel of experts in education, finance, national security and health care and that they will be forming specific policy positions that will be unveiled over time.
Beck will be holding a series of seven "conventions" between March and August of 2010. The first convention will be held in Orlando on March 27th. His website, GlennBeck.Com, has details on the remaining six conventions. All of this will culminate with a rally at the Lincoln Monument in Washington, DC on August 28th.
There was a lot of speculation that Beck would announcing the formation of a national third party. Not exactly. He is trying to build a coalition of fiscally conservative citizens who, regardless of party affiliation, will join together and speak in one voice in opposition to the runaway spending in Washington. Republicans, blue dog Democrats, Independents and Libertarians have all expressed dismay at the reckless spending from Washington as well as the overreaching entitlement programs that are not only driving the country towards financial ruin but also permitting greater government interference and control over individuals lives. Beck envisions these diverse groups joining together and acting as a single group on those issues that we all hold in common.
Here in Florida we are already seeing from Charlie Crist that politicians will alter their positions if they believe that they are losing ground. Fiscal conservatives of all political stripes have turned on Crist because of his embrace of the Stimulus Bill. Beck envisions the Florida model taking off and becoming a national movement.
Time will tell exactly what Beck's "plan" involves but I will say, judging from the enthusiasm I saw at The Villages today, people are ready for a change from the "business as usual" out of Washington that has mortgaged their children's children's future. 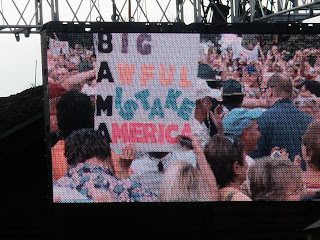 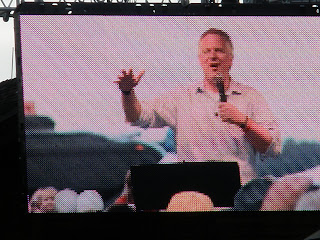 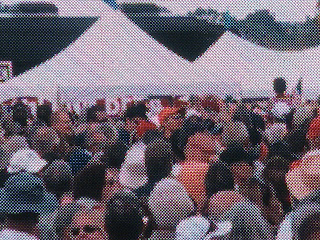 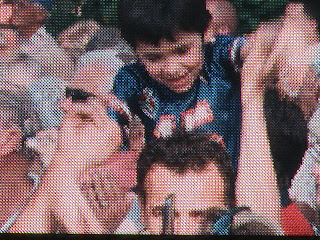 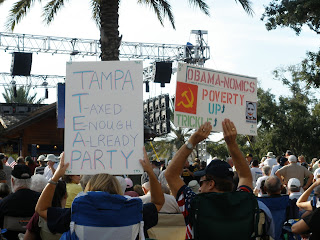 More on the rally can be found at Memeorandum.
Posted by Carol at 7:21 PM

Thanks for posting that. Since I'm one of the few people in Florida still gainfully employed (heh), I missed that the rally was going to take place.

I'm jealous! Thanks for sharing, I linked you at LCR.

I didn't know until the night before that he would be at the Villages and luckily, could rearrange some things at the last minute to make it.

Keep March 27th circled on your calendar and I'll see you there!