Lord, Save Us From Educated Idiots 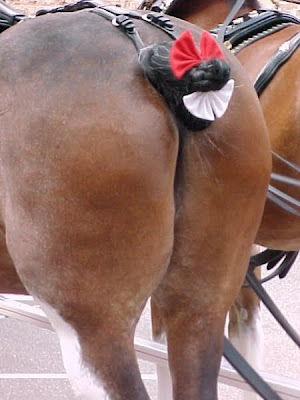 I was raised around plain spoken people who put a premium on saying what one means precisely and concisely. When my Grampa Cole called somebody "a horse's ass" I knew exactly what he meant. Further, when Doug at the Daley Gator calls John Batchelor a horse's ass, I couldn't agree more.

Doug also calls Batchelor "educated beyond his hat size" and given Batchelor's pronouncements, I would say he is spot on:

"I'm not going to pretend there is anything genuine about [the Tea Party Movement].This is about people putting their faces on TV."

"Liberty requires order, and decency, and respect. Acting out, throwing signs out, getting thrown out of meetings, or making loud speeches to the television camera is not about liberty."

That Batchelor thinks that the Tea Party movement is a made for TV phenomenum shows how out of touch he is with reality but worse, is lack of understanding about the price of achieving and maintaining liberty. I suspect Batchelor would edit Patrick Henry's famous quote, "Is life so dear or peace so sweet as to be purchased at the price of chains and slavery? Forbid it, Almighty God. I know not what course others may take, but as for me, give me liberty or give me death.", and instead, he would say, "give me liberty or a nice cup of tea."

I won't lose any sleep over offending Batchelor's gentle sensibilities. Conservatives have played Batchelor's game and the results completely surround us.

Smitty has the perfect smack down over at The Other McCain.
Posted by Carol at 10:56 AM

Thanks. I linked you in a comment over on Daley Gator and back on ToM.

Your welcome Smitty, and thank you for always giving me something to think about.