The SEIU Wants Your Tax Dollars

More to the point, the SEIU NEEDS your tax dollars. It certainly would explain this from the Corner at the National Review:

As far as I can tell, THE Andrew Stern was the top outside visitor to the White House with approximately 20 visits, or about three visits per month, including four relatively small meetings with the president and a dozen with other White House staffers. Stern has openly bragged about the SEIU's $61 million investment in Barack Obama. It certainly bought him a lot of access.

Bought is the operative word. Here are a series of charts from Doug Ross that shows why Stern and the SEIU are pushing so hard for ObamaCare-they need the American taxpayer to foot the bill for their members' health care: 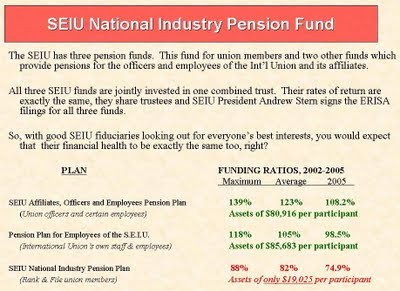 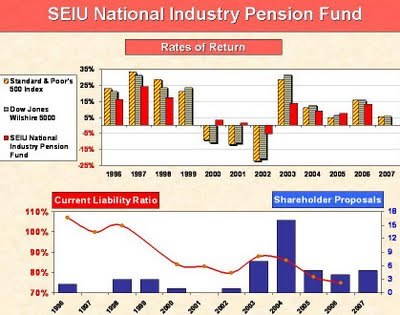 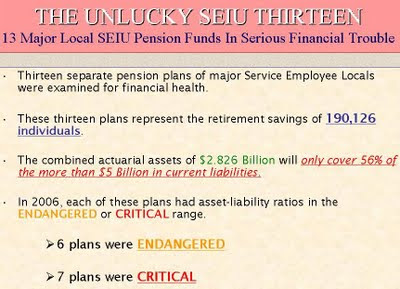 For the story behind the charts and an explanation of what this means to taxpayers, read Doug's story here.