Exclusive! Sarah And Todd Palin Are NOT Splitsville! Updated

Sarah Palin Is Quitting AGAIN-Now Its Her Marriage!?

Well, so much for not making things up. Aside from the appalling glee being expressed in the Lefty blogs as they spread the false rumor of the Palin’s divorce, this is nothing more than a typical liberal crap fling. They keep hoping if they throw enough crap sooner or later some of it sticks.

Yet again, some so-called journalists have decided to make up a story. There is no truth to the recent “story” (and story is the correct term for this type of fiction) that the Palins are divorcing. The Palins remain married, committed to each other and their family, and have not purchased land in Montana (last weekit was reported to be Long Island).Less than one week ago, Governor Palin asked the media to “quit making things up.” We appreciate that the more professional journalists decided to question this story before repeating it.

Rather than admit that they really don’t have much to say about Sarah Palin, the Left resorts to spreading lies. You have to wonder about these people’s parentage since it seems that they were born lacking honesty, intelligence and shame genes. Deficient breeding not withstanding, these people are excruciatingly dull.

Come on Lefties, put all that oxygen sucking towards something productive.


UPDATE: Stacy has the quote:


"Divorce Todd? Have you seen Todd? I may be just a renegade hockey mom, but I'm not blind!"-- SARAH PALIN 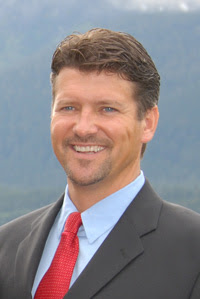