GM Pays Back Its Loans-Sort Of 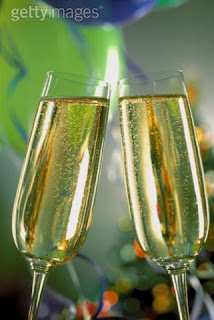 The Obama administration crowed about the "turnaround" at GM and fellow bailout recipient Chrysler LLC, saying the government's unpopular rescue of Detroit's automakers is paying off.

The “big” news that GM would be paying off its bailout early left out some really big details. Like, oh, GM is paying back the taxpayers with money from the taxpayers. Sen. Grassley is not amused. In a letter to Treasury Secretary Geithner he wrote:

Furthermore, Exhibit 99.1 of the Form 8K filed by GM with the SEC on November 16, 2009, seems to confirm that the source of funds for GM’s debt repayments was a multi-billion dollar escrow account at Treasury—not from earnings. In the 8K filing GM acknowledged:

 Of the $42.6 billion in cash and marketable securities available to GM as of September, 30, 2009, $17.4 billion came from an escrow account with Treasury,

 $6.7 billion of the escrow account available to GM was allocable to the repayment of loans to Treasury,

 $5.6 billion in cash would remain in the Treasury escrow account following the repayment by GM of their loans, and

 Upon repaying Treasury, any balance of escrow funds would be released to GM.

Therefore, it is unclear how GM and the Administration could have accurately announced yesterday that GM repaid its TARP loans in any meaningful way. In reality, it looks like GM merely used one source of TARP funds to repay another. The taxpayers are still on the hook, and whether TARP funds are ultimately recovered depends entirely on the government’s ability to sell GM stock in the future. Treasury has merely exchanged a legal right to repayment for an uncertain hope of sharing in the future growth of GM. A debt-for-equity swap is not a repayment.

So I guess we won’t be uncorking the champagne just yet. The problem is that this was a stupid lie. The Administration “crowed” and GM put the news in its commercials. Yet the immediate reaction from the public was, “What’s that smell?” The smell was the fertilizer being spread by the government. What was the point? Does the Obama Administration really think that the public is so slow witted that it wouldn't recognize a snow job?

Hopefully the next administration will treat us like adults.