Obama Finally Pisses Off the Europeans 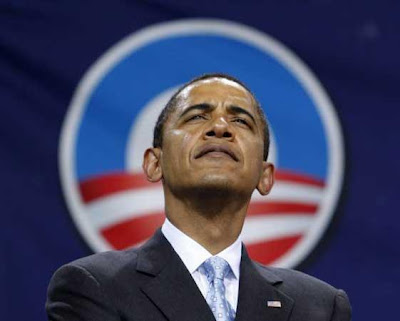 I have to give credit where credit is due-Obama is the only person I know who manages to embarrass the hell out of me and make me giggle at the same. The Daily Beast on Obama's latest misfire:

A day before President Obama receives his Nobel Peace Prize in Oslo, the president’s treatment of his Norwegian hosts has become hot news across Scandinavia.

News outlets across the region are calling Obama arrogant for slashing some of the prize winners’ traditional duties from his schedule. “Everybody wants to visit the Peace Center except Obama,” sniped the Norwegian daily Aftenposten, amid reports the president would snub his own exhibition at the Nobel Peace Center. “A bit arrogant—a bit bad,” proclaimed another Aftenposten headline.

Arrogant? Obama? Naw, say it isn't so. It continues:

“It’s very sad,” said Nobel Peace Center Director Bente Erichsen of the news that Obama would skip the peace center exhibit. Prize winners traditionally open the exhibitions about their work that accompany the Nobel festivities. “I totally understand why the Norwegian public is upset. If I could get a few minutes with the president, I’d say, ‘To walk through the exhibition wouldn’t take long, and I’m sure you would love the show. You have no idea what you are missing.’”

Also among the dissed, according to news reports: a concert in Oslo on Friday that was arranged in his honor, and a group of Norwegian children who had planned to meet Obama in front of City Hall.

Obama dissed the king and children? Mercy! But on to my favorite part of the article:

But some news outlets are cutting him a bit of slack, noting that he is dealing with two wars and soaring unemployment back home and a new war, and that his main focus this week should rightly be on the climate-change summit in Copenhagen. Taking part in all the activities surrounding his Nobel Prize could send the wrong message. (emphasis added)

Yeah, far be it for Barack "let them eat cake" Obama to party down while the rest of us swirl around in the toilet bowl. Obama brings to mind the old saying, you can dress him up but you just can't take him out. Look, Obama being awarded a Nobel prize is a joke, but that is no excuse for him to go to Norway and act like a jerk. If he can bow to a Saudi king he can damn well eat lunch with the Norwegian king and let the kiddies sing for him. That would the least offensive thing he has done on an overseas trip.

Obama should reminded that he represents the United States to the rest of the world. A little class would be appreciated.
Posted by Carol at 5:15 PM

"Prize winners traditionally open the exhibitions about their work that accompany the Nobel festivities." Hmm. Maybe Obama's skipping this because he has ZERO work to be in any exhibition...

I am amused at the way Obama slights foreign dignitaries... and other cultures in general I suppose. I'd orginally thought that Obama's shoddy treatment of the British was due to Kenya and the UK's baggage. Now I'm wondering if something more (or maybe less) might not be at work here. I mean, in Asia he embarassingly demonstrated no understanding of their customs and beliefs while simultaneously distancing himself from American values and beliefs. I wonder if his make up might not be largely just a vague, artificial/academia construction.

Great Obama pic by the way-- arrogant expression and with the Obama halo.

For the most part I don't think that Obama intends to be insulting. It makes me wonder if there is anyone in his circle telling him how things should be done and in his arrogance he just isn't listening or if he is simply surrounded my rubes, who like him, don't know any better.

In either case, it doesn't take a genius to know that you don't skip out on a country's king and that dissing school children doesn't play well anywhere.