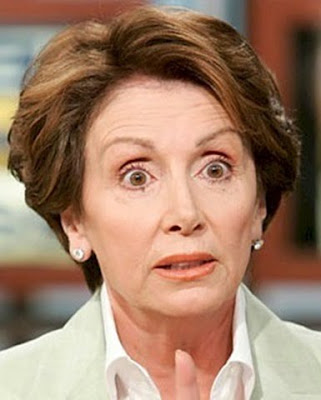 Whew, that was close! Originally the Senate version of ObamaCare included a 10% tax on cosmetic surgery but Speaker Pelosi will be relieved to know that among the backroom deals cut to get this stinker passed, the cosmetic surgery tax was dropped and a tax on tanning salons was substituted in its place.
Actually, it was the AMA that objected to the tax on cosmetic procedures. Seems like an odd thing for the association that represents about one third of the country's doctors to hold out for. The majority of cosmetic procedures are voluntary, not medically necessary and are not covered by insurance.
In any case, fake tans will cost a little bit more and fake boobs will be surtax free. I'll pass on both.
Posted by Carol at 7:03 PM