What Makes Someone an "Environmentalist"? 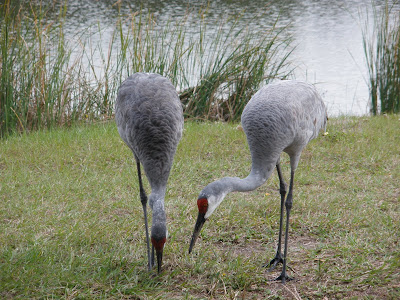 Every day, no matter the weather, I eat my lunch at a picnic table next to the lake. Yesterday was absolutely beautiful, as most Florida days are, and I was joined by two companions.


Every evening I sit on my porch and enjoy the breeze off the bay. I love manatees. Nothing is more glorious than dolphins playing at sunset. I know it sounds silly, but I love to watch lizards chasing each other.

I feel blessed to have a very simple lifestyle that for the most part centers around nature. So does that make me an environmentalist? I imagine that many people would say "no."


I was recently told by an acquaintance that I only think that I care about the environment but that I am either fooling myself or being insincere because I don't believe in global warming. Now let me be clear, I believe that the globe warms and I believe that the globe cools. That is the "change" in climate change. I also hope that future generations will enjoy the ocean just as I do today. But I am not willing to ruin the economy for future generations based on a risky and unproven scheme. 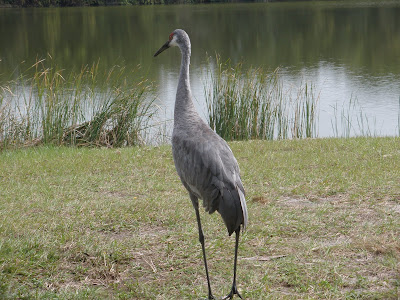 ody can explain the medieval warming period to me. How is that we had period that was much warmer than today but there were far fewer people and no cars, no jets, no factories. Yet, I am to believe that warming is caused by over population, inefficient cars and industrialization.

The medieval warming period ended without Cap and Trade. Nobody met in Copenhagen and there were no carbon offsets. But it ended anyway.

I get that I sound simplistic. I readily admit that I don't understand the science. But from a common sense point of view, Global Warming just doesn't pass the smell test.

We are a pretty smart bunch of people. We can, without sacrificing our market based economy, preserve and protect our environment. Technology improves and evolves when the market is allowed to function. Instead of putting our faith on the alter of questionable science, let's take a step back and put our faith in ourselves.

Your 'acquaintance' sounds like the same kind of person who believes you can't raise your own children because you haven't had the proper University training and don't hold degrees in Child-Whatever.

And I agree completely with how simply you've put this. I'm an environmentalist, too, by your definition. Thanks!