Media Matters, showing a total lack of perspective, has done Nancy "Crocodile Tears" Pelosi a one up on the "crazy right wingers as assassins" meme. I believe it is called "bloviating."

Kashner's fascinating cover story actually chronicles the professional struggles of writer William Manchester who was tapped by the Kennedy family, after the president's assassination, to write the definitive book about the shooting. The Vanity Fair articles details the power struggles, and epic lawsuits, that ensued prior to
Manchester's publication.

But this unnerving passage from VF caught my eye. In it, Kashner
retraces Manchester's step as he researched his book. It's unsettling because if
you insert "Obama" for every "Kennedy" reference, it reads like 2009...

Yes, well. When it comes to ratcheting up the rhetoric Media Matters is doing one hell of a good job. My memory isn't as short as Media Matters; from ZombieTimes: 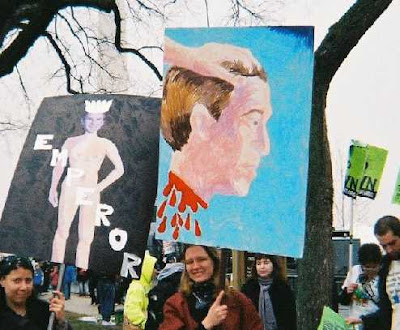 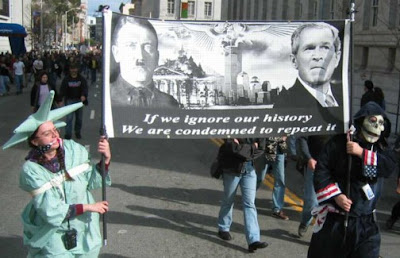 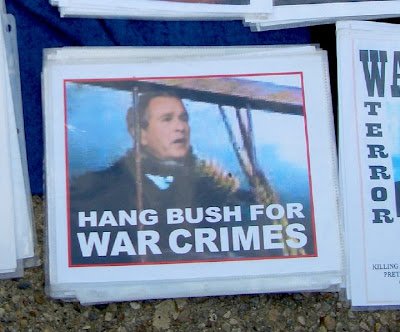 And who can forget that little film "Death of a President": 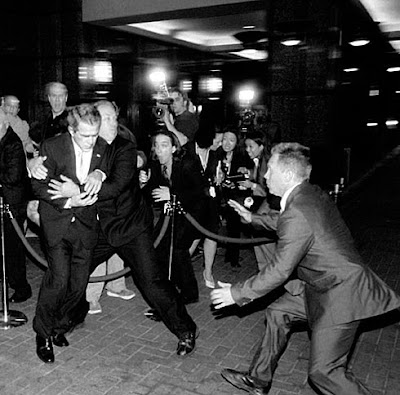 Spare us your mock hand wringing and outrage. It wasn't called dangerous rhetoric back then, it was called "dissent" and it was patriotic. Nothing has changed except on the right our rhetoric pales compared to yours.

Are there nuts on the right? Of course; there are nuts in any group that contains millions of people. But despite a boomer history that begins right around the time Donald Draper moved into the corner office at Sterling-Cooper, just as not all wars are Vietnam part II, not all scandals are Watergate Part II, and not all protests are the South of the early 1960s.

James Piereson noted in his book that immediately upon being told that Lee Harvey Oswald had been arrested for assassinating her husband, Jackie Kennedy replied, “He didn’t even have the satisfaction of being killed for civil rights. It had to be some silly little Communist. It even robs his death of any meaning.”

Also from Allahpundit at Hot Air "Media Matters: This right-wing frenzy is reminiscent of Dallas 1963":

Follow the link to Media Matters and you’ll search in vain for any mention of the name of the man who pulled the trigger on November 22, which leads me to believe either (a) Eric Boehlert is a Kennedy assassination conspiracy theorist or (b) Eric Boehlert is in the habit of hiding inconvenient facts from his audience, which, if true, makes him a perfectly mainstream Media Matters employee. For the record, I think Kaus is totally right that Glenn Beck should tone down the apocalyptic/coup rhetoric, but that doesn’t give me the right to paint revisionist portraits of the political sympathies of presidential assassins. Evidently the rules are different for the Brock bunch. Um, why?
Posted by Carol at 5:18 PM