Unflipping believable! If the powers that be whose jobs are to investigate and properly prosecute corrupt organizations like ACORN would do what they are paid for, a twenty year old young lady and a twenty-five year old young man would not have had to do their work for them. Instead of giving these two the medals they deserve, the State's Attorney is considering prosecuting them and not ACORN?

We already know that ACORN has used taxpayer dollars to put radical left wing politicians in office including a radical, Marxist politician who now resides at 1600 Pennsylvania Avenue. Who is pushing this travesty because something smells to high Heaven.


The Census Bureau severs ties with ACORN! Stacy McCain has the report: 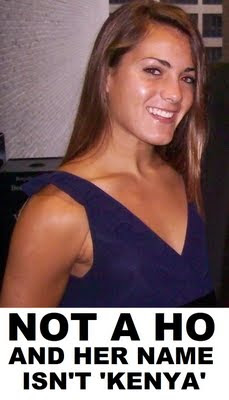 Hannah Giles, daughter of Doug Giles, and James O'Keefe pulled off an incredible sting operation At ACORN offices in both Baltimore and Washington. In each case, Hannah played the part of a prostitute named "Kenya" while O'Keefe played her pimp while secretly videoing the ACORN staffers advice them on avoiding taxes. "Kenya" and her "pimp" claimed that they would be bringing under age girls in to the country to use as sex workers. Apparently ACORN has no problem with girls as young as thirteen years old being forced in to prostitution and the staffers openly discussed and advised on a variety of illegal activities.

The United States Census Director has sent a letter to the National
Headquarters of ACORN notifying the group that it will no longer help work on
the 2010 census.

The group's leaders said Friday they were "appalled and angry" at what their
staffers had done, but insisted the videos were part of a political "smear"
campaign and not representative of the institution as a whole.

It is not surprising that ACORN is claiming that the latest scandal is not representative of the institution as a whole. That is their standard line. The Census Bureau pulling its support is a start but with ACORN's reputation for thuggery, the organization should never receive another dime of taxpayer money.