I checked my site meter this morning and saw that I was getting unusually high activity. Cool. I looked to see where the traffic was coming from and lo and behold it was being sent to me from The Other McCain. Very cool. The problem is Smitty linked a piece I did on Mark Steyn last Saturday. I am most happy to re-post it. 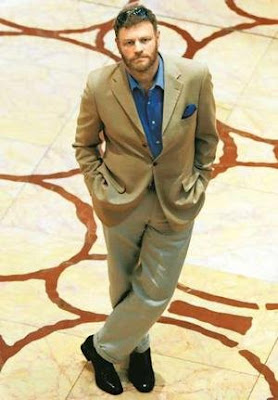 Writing in The New Criterion, Mark Steyn quotes Tocqueville:
I see an innumerable crowd of like and equal men who revolve on themselves without repose, procuring the small and vulgar pleasures with which they fill their souls. Over these is elevated an immense, tutelary power, which takes sole charge of assuring their enjoyment and of watching over their fate. It is absolute, attentive to detail, regular, provident, and gentle. It would resemble the paternal power if, like that power, it had as its object to prepare men for manhood, but it seeks, to the contrary, to keep them irrevocably fixed in childhood … it provides for their security, foresees and supplies their needs, guides them in their principal affairs…

The sovereign extends its arms about the society as a whole; it covers its surface with a network of petty regulations—complicated, minute, and uniform—through which even the most original minds and the most vigorous souls know not how to make their way… it does not break wills; it softens them, bends them, and directs them; rarely does it force one to act, but it constantly opposes itself to one’s acting on one’s own … it does not tyrannize, it gets in the way: it curtails, it enervates, it extinguishes, it stupefies, and finally reduces each nation to being nothing more than a herd of timid and industrious animals, of which the government is the shepherd.

The all-pervasive micro-regulatory state “enervates,” but nicely, gradually, so after a while you don’t even notice. And in exchange for liberty it offers security: the “right” to health care; the “right” to housing; the “right” to a job—although who needs that once you’ve got all the others?

A lot has been said lately of the crushing debt that we are passing on to our children and grandchildren. Far worse is what we won’t pass on to the next generation if we allow our country to become a socialist republic. Once the government becomes our parent and our citizens become the children, freedom and individuality will be sacrificed to care and (minimal) comfort. Dependency breeds lethargy.

Our children need and deserve to be raised in a “can do” not a “make do” society. We became a world leader not because we wrapped our citizens in a safety net but precisely because we didn’t. We have achieved because we have risked both success and failure. If success is a mighty motivator, the risk of failure is even more so, and societal “tough love” has produced far more individual, and societal, success than the nanny state ever will.