Holy Jack and Diane! Is it just me or does President Obama create ‘czar’ positions at breakneck speed or what? According to the Wall Street Journal the White House will soon be announcing the appointment of a Pay Czar. 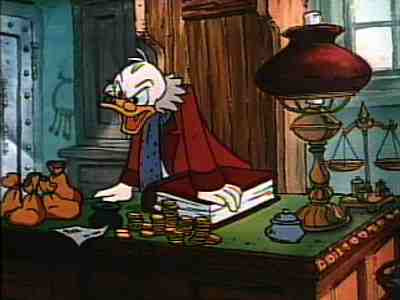 It is expected that Kenneth Feinberg, who oversaw the compensation for the families of 9/11 victims will be appointed sometime next week. As Pay Czar, Feinberg will set the guidelines and monitor the compensation of employees who work for companies that received bailout money. On one hand it doesn’t pass the smell test to have Washington tell a private company what they are allowed to pay their employees; on the other, if those employees are being compensated via tax dollars, the public has the right to know that the compensation is appropriate.

How will the Czar choose which companies to monitor? Will he stick to banks and car companies or will he oversee the compensation for everyone being paid with stimulus money? For instance, if ACORN wins a “competitive” bid to head up some make ‘make work’ project paid for by taxpayers, will the Czar set the compensation for the ACORN execs and employees involved in the project?

Further, when Americans are cutting back on their family budgets, why is the Administration creating even more bureaucracy? The Czar will have a staff and a budget and everything else that a new department entails. What will it cost the taxpayers to have another Czar?

We need less bureaucracy in this country, not more. At a time when Americans are being forced to downsize, the Administration should not be growing the government.
Posted by Carol at 10:58 AM

Email ThisBlogThis!Share to TwitterShare to FacebookShare to Pinterest
Labels: The pay Czar

Great! Another Big Government Czar! I bet the Founders would just LOVE this!
However If there is ever a Hot Babes Czar, I would like to apply.

Doug, I've already sent in my resume for the position of Beer Czar. Afterall, each of us has a duty to our country to serve to the best of our abilities.