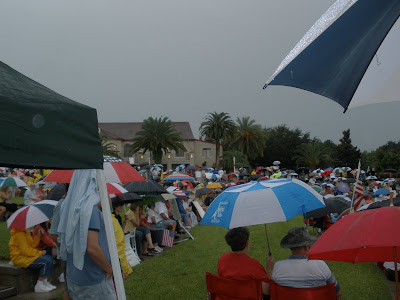 This Tea Party is sponsored by groups from Tampa, St. Pete, Lakeland and Orlando. The speakers are doing a wonderful job of firing up an already enthusiastic crowd. I haven't seen any terrorists yet but I have seen a few of these: 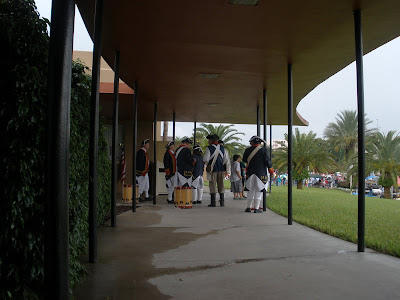 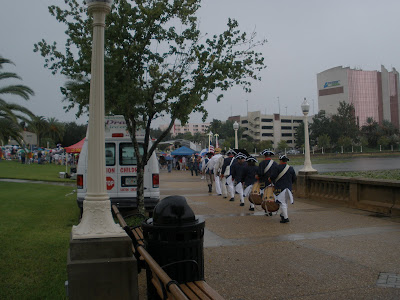 Like everyone here I am awaiting the arrival Of Marco Rubio, former Speaker of the Florida House and future US Senator. I'll be back to update once Marco speaks. 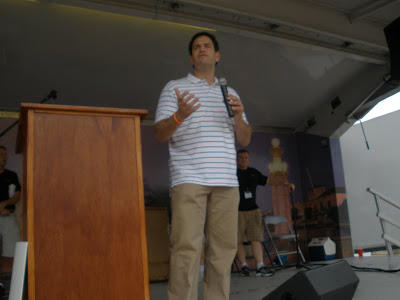 I am here at the Lakeland Tea Party and 912 Rally where hundreds of people have shown up in a pouring rain to tell our government that we have had enough.

When Rubio told the crowd that he is so passionate about this country because his parents had their country stolen from them I choked up and looked around to see that everyone around me was moved as well. He spoke about freedom in a way that only a person who knows what it means to have it taken away by your own government can. He said that our rights come from God not government, and that we must each stand up for our rights against government infringment.

After Rubio spoke there was a question and answer period. I have no doubt that he left the crowd impressed. 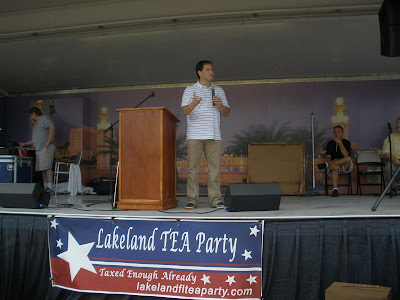 Looking out over the crowd, it was a sea of umbrellas but the rain didn't dampen anyone's spirit. Every time the gave an update on the DC Tea Party a huge roar came up from the crowd. 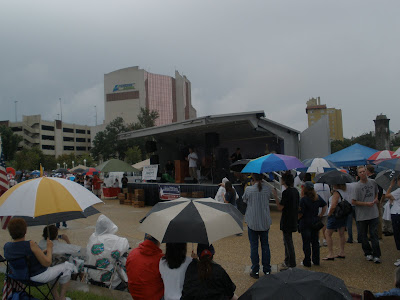 One of the deputies I spoke with estimated that crowd numbered around 700. Not bad considereing the weather.

Great job to everyone who has come out.

Countrywide, I wonder what percentage of the population turned out.

More than the left wants to admit, that's for sure.

Smitty, I don't know how many but I would bet my last dollar it was alot. I am proud of each and everyone of them. We must take our country back!

Thanks for the post and congrats on the Instapundit link. I lived in Lakeland a few years ago and consider it the perfect-sized town. Just big enough to have the major chain stores and restaurants, but small enough that it's not all clogged up with traffic, congestion and smog.

If you were there in 2004, I'm sure you remember this. Good times, good times.

Dr. Merciry, I remember 2004 very well. I live about 45 minutes sw of Lakeland, directly on the bay. Charlie was originally slated to come in as a Cat 4 and make landfall somewhere between my living and dining rooms. Instead he went right up behind us a pushed the water out instead of in. Yeah, good times. We barely got our electricity back when the next one came. And then the next. I honestly believe I can survive anything now.